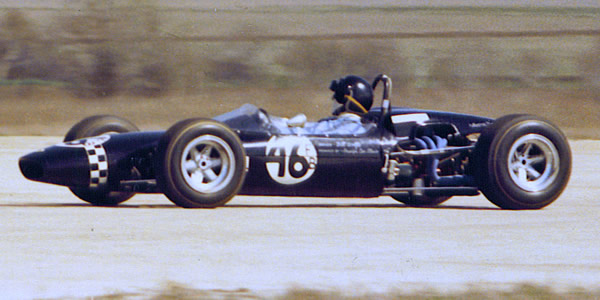 With Gus Hutchison and his team having moved on, Southwest Div was left with a couple of Lotus 41Cs but a complete change of drivers. The new names were led by Richard Negley, Sandy Shepard and Larry Harley, all of whom would move on to Pro FB and then into Formula A.

The only new Formula B car that appeared in SWDiv in 1968 was Bill Wolfe's Lotus 41, which he raced at Green Valley Raceway, Stardust International in late-February, and Clear Springs at the start of March, before selling it to Sandy Shepard and heading off to dental school.

Racing expanded in SWDiv as Texas Region held a second National at their home track at Green Valley Raceway, West Texas Region held a National at Odessa Raceway Park, Southwest Louisiana Region had a race at Lake Charles Airfield and Lone Star Region organised an event at a new permanent facility at Austin Raceway Park. Alamo and San Jacinto Regions had the same events as 1967 but both Central Louisiana Region's and Red River Region's events were lost.

Seven racetracks were used in SWDiv in 1968. Three, Austin Raceway Park, Green Valley Raceway and Odessa Raceway Park, were road tracks built around drag tracks, one was a street circuit around Austin and the other three were airfield tracks.

Texas World Speedway (College Station, TX) was to open in 1969.