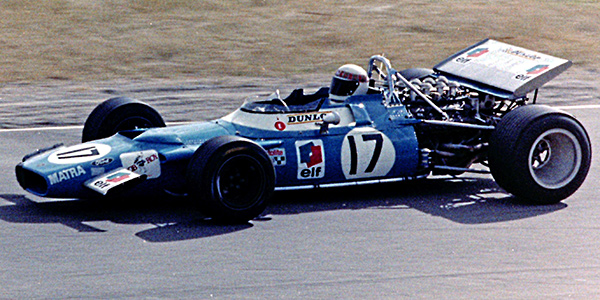 The dominance of the Cosworth DFV had reshaped Formula 1 as the 1969 season began, with the new Matra team of Ken Tyrrell and the nearly-new McLaren team joining Lotus as the top teams. Eagle had withdrawn during 1968, and Cooper could not find the funding to return for 1969. Honda also withdrew, as even John Surtees could not make their overweight cars competitive, and Matra temporarily withdrew their works team to focus on the Matra MS80 for Ken Tyrrell and driver Jackie Stewart. Brabham continued, but replaced the Repco engine in the Brabham BT26 with Cosworths. As the Cosworth became more readily available, new teams moved into F1, the most notable being Frank Williams, who ran a Brabham for Piers Courage. Other privateers included Rob Walker, who continued to run a Lotus 49B for Jo Siffert, Colin Crabbe's Antique Automobiles with a McLaren M7A for Vic Elford, and Silvio Moser's tiny operation with a Brabham BT24.

The only teams left not using the Cosworth DFV were BRM and Ferrari, and both needed fresh thinking as the BRM P139 and Ferrari 312/69 were off the pace. BRM's hand was forced by Surtees, who moved from Honda, and soon insisted on the departure of long-time chief engineer Tony Rudd and killed off his resource-sapping H16 engine project. Ferrari were working on a flat-12 engine, but this would not be ready until the end of the season, leaving the team to run a single V12 car for Chris Amon.

Many of the teams were distracted during 1969 by four-wheel-drive projects, and Colin Chapman's insistance that the Lotus 63 was the way forward may have undermined his team's chance of retaining its title. Jacky Stewart only used his 4WD Matra MS84 in practice and focused on the orthodox Matra MS80, dominating the season and winning the title by 26 points.

These 1966 to 1985 results were initially compiled by Allen Brown, but these were in the very basic form required to track individual car histories. Since then further details, such as laps completed, qualifying times and so on, have been added from Rob Ryder's extensive database.