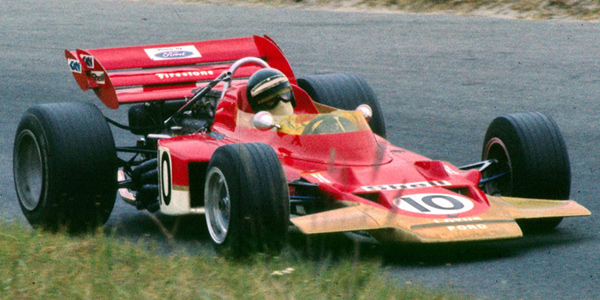 1970 saw a boom in Formula 1, as new teams took advantage of the readily available Cosworth DFV engine and Hewland DG300 gearbox and a flurry of new marques appeared. The biggest new entrant was March, formed by Max Mosley and designer Robin Herd, and with ambitious plans to run cars in F1, F2, F3 and Can-Am. John Surtees, after two seasons of struggle with Honda and BRM, formed his own team and produced the Surtees TS7. Two other privateers took the same path, Frank Williams facilitating new cars built by De Tomaso, and Silvio Moser arranging for a car built by Bellasi.

Ken Tyrrell split from Matra over the French constructor's insistence that only Matra's V12 engine could be used in Matra cars, and shocked the motor racing world by buying cars from the upstart March. Stewart won one race but the March 701 kept breaking, and before the end of the season Tyrrell revealed the team's own car, the Tyrrell 001.

Ferrari and BRM both bounced back from transitional seasons in 1969. Ferrari's flat-12 engine was a great success, and from mid-1970 to mid-1971, the Ferrari 312B was the car to beat. The revitalised BRM team had the BRM P153 from the pen of new designer Tony Southgate, as well as Tim Parnell as team manager and Louis Stanley taking over from Alfred Owen as team principal.

Lotus introduced a ground-breaking new car, the Lotus 72, and after some difficulty getting it working properly, proceeded to dominate the middle of the season, Jochen Rindt winning four races in succession. Rindt died in an accident at Monza but his points lead was sufficient for him to become motor racing's only posthumous world champion. With Bruce McLaren and Piers Courage having also died earlier in the season, Jackie Stewart led calls for improved safety standards.

All cars are 3-litre Formula 1 cars.