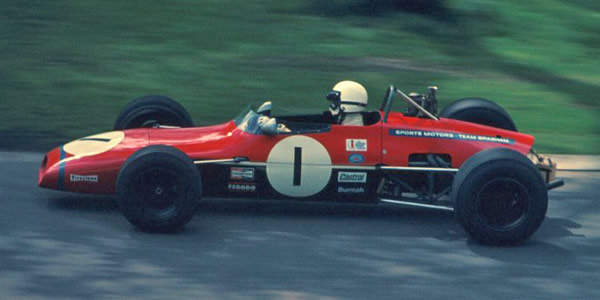 Motor Racing Developments, the company behind the Brabham GP team and constructor of many successful production racing cars, lasted 31 years and four owners. Their production cars dominated F3 for much of the 1960s and were amongst the most competitive of F2 cars. Brabhams also won in Indycar racing and Tasman racing and were at times the most popular Formula B and Formula Atlantic cars. At GP level, Brabham won four Drivers and two Constructors championships and Jack Brabham remains the only driver to win the World Championship in a car bearing his own name. Approximately 720 Brabhams were built but the exact number can never be known for sure.

This page provides a summary of the company's production and link to the pages which either summarise the research to date or are the home of active research projects. Very few Brabhams aren't being actively researched.

Brabham withdrew after the 1992 Hungarian GP when Ted Ball's Landhurst Leasing went into liquidation, leaving Brabham's owners Middlebridge Group Limited with no further finance. The end was very messy, with Landhurst Leasing's joint managing directors pleaded guilty to corruption charges in 1997. A lot of this story is in Oliver Shah's 2018 book "Damaged Goods", the inside story of 'Sir' Philip Green and his business associates.